2 Canadians aboard the #freedomflotilla delivering humanitarian aid to the ravaged and war torn blockade of Gaza, Palestine have been taken prisoner by Israeli forces as of today, June 29, 2015.

Friend, Kevin Neish, a Marine Engineer, of Victoria, BC and Robert Lovelace, an Algonquin Chief who teaches at Queens University in Kingston, ON are the two Canadians amoung an assemblage of international pro Arab activists and notables driving attention to the still unresolved travesty of ruthless aggression and occupation upon the Palestinian people by the Zionists of the brutal and increasingly internationally reviled state of Israel. 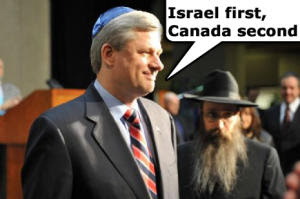 Prime Minister of Canada, Stephen Harper, himself a member of a minor evangelical Christian Zionist sub sect, refuses to help them.  Stand down Stephen Harper, you do not impose your wacky dis informative religion on the nation state of Canada. You do not extend your dubious religious beliefs over your job as representative of Canadians worldwide. Your policy on Israel does not represent Canada’s policy. You, Stephen Harper, can not hide behind policy on this one. Do your job or you will be removed from office. 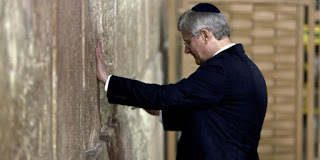 Stephen Harper is about as evangelical christian as my cat’s hair ball. One can guess that his conversion from the Macdonalds of mainstream protestantism, the United Church, to the Alliance Church, was something of a forced crisis of faith perhaps brought on by a threatening and/or tempting elite who had big plans for our goofy doufus big boy, Steve.

Plans that include forwarding the agenda of Zionism (movement to create a nation state of Israel) that never seem to end, politically and territorially.

My entire lifetime has been inoculated with media propaganda about “terrorists”. By 1990, I had had enough and went to the University of Toronto to study Middle Eastern History. Please do the same if you have any vested belief in the false rhetoric of “terrorism.”

Watch this video to learn exactly how Christian Zionism was inserted into mainstream Christianity as a well orchestrated psi-op, not the will of God or interpretation of scripture.

Now look at Stephen Harper, our prime minister and ask yourself, is this man religious? If he supposedly is a man of faith, indeed, reborn in the spirit, where does it show? At best we can see him as a mind control slave programmed and/or compromised by powers beyond our ken. At worst we can see him as a willing ideological wingnut intent on forcing the politics of divide and conquer, domination and control over the people of Canada because he believes he is the chosen one for the task. 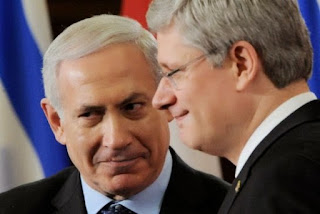 The stark facts remain, by refusing to help Canadians abroad, on a humanitarian mission, no less, he is defaulting his duties and must stand down, immediately.