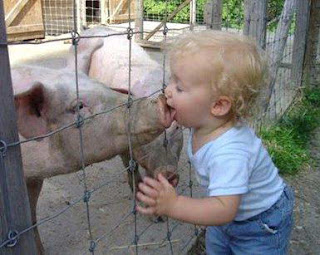 More on the bird flu thing: I received this to my email yesterday. I love channeled information. I have read lots of it, from Barbara Marciniak to Messages from Michael and the Seth books. I find that much of what I have read holds up in time. Although, I stress it is important to understand the source of information; not all transcendental beings are working in your best interests. That is why it is best to stick with developing a relationship with God and understanding Jesus’s message. There is really nothing more to it than that. The new age spiritualism is more of a business than anything. HOWEVER, I will share this with you because I like it (I know Aeon will love it). And a few other addies.

1. This is Matthew, with a short message to greet you with love and assurance that the
latest Illuminati plan—biowarfare— not only will fail, but will be a huge breach in their
remaining toehold in your world. Jean Hudon asked for my comments on the swine flu
outbreak that was being touted as a global pandemic. I have asked my mother to send my
reply to Jean to her distribution list for still wider dissemination of the truth about this
virus as well as my additional note about our observations of public reaction.

“Once again the dark streamers that are heavily influencing individuals in powerful
positions have lashed out in what can be well-termed this energy’s ‘death rattle.’ The
newest strategy—the ordering of laboratory-designed , created and released swine flu
virus—is, as before, abetted by the controlled media’s part of the plan, to declare
PANDEMIC! It is puzzling to us that these dark ones did not learn from their abject
failures with SARS and then the avian flu, both of which were widely publicized with the
same global pandemic prognosis; eventually the publicity was forced to cease because
those diseases caused a few deaths, then totally fizzled out. This swine flu situation will
have the same result. The technology of our family in other star nations has neutralized
the vaccine that is intended to spread this disease, just as they did to prevent the
spreading of SARS and avian flu.

“This new diabolical plan has been done without the US government leader’s
knowledge, unlike the previous two pandemic attempts, which were fabricated with the
approval of the highest members in that administration. Think about the timing of this
latest disease publicity. In addition to authorizing the creation of a virus and its intended
worldwide fear, the darkly-inclined individuals’ aim is to distract the attention of the
populace from their growing demands for peaceful negotiations; indicting responsible
ones in the US government who authorized torture; the truth about the perpetrators of
`9/11′; what caused the collapse of the global economy; the decades of government
cover-up about the presence of extraterrestrials; who operates the illegal drug industry;
the real purpose of chemtrails and weather control; the aims of the worldwide Zionist
movement; and the `black ops’ behind terrorism around your world.

“It is not enough to create a distraction for only the people of the United States simply
because this is the country where much of the corruption and deception originated and
where now investigations are running deep. No, it must be a global effort because
individuals with dark intentions, who live around the world, are panicking as they see
other governments’ citizens joining the clamor for truth, for peace, for renewable energy
sources, for improved health care and education, for just laws and rightful recognition of
women’s equality. All of those are anathema to dark individuals as those conditions are
the opposite of all dark goals. But just as the collapse of the global economy is exposing
the truth about who has been manipulating it, so will this swine flu plan expose other
evils perpetrated by the same dark ones within the Illuminati or under their control.
Welcome this evidence of progress in `bringing to light’ the truth and the fast-withering
tendrils of dark energy around your planet!”

2. Since I transmitted that message to comply with Jean’s request, there are firm
indications that the public-at-large is increasingly skeptical about the motives of
individuals at highest levels of medicine and pharmaceutical corporations: There is this
sudden outbreak of yet another kind of flu and “accidentally” there is live virus in the
vaccines? Yes, there is some fear as well, but not nearly in the proportion the Illuminati
intended and expected. Quite the opposite—this is a setback of major proportion for
them! Peoples’ reactions show their expanding consciousness, and this is likely to cause
widespread outrage that will not be confined to the deliberate attempt to infect millions
and cause global panic. Light efforts are underway in numerous other areas too that will
remove the long-time heavy hand of dark control in your world. Holding steady your
light and being patient a bit longer for dynamic developments will be abundantly
rewarded!
> http://www.matthewbooks.com/
> indexangel4suzy@yahoo.com

To go into self-hypnosis, lay back in a comfortable chair or lie down and begin to relax your body one part at a time. Imagine your feet relaxing, lower legs, upper legs, fingers and hands, etc. Then count yourself down from 7 to 1 two times. “Number seven, deeper, deeper, deeper, down, down, down. Number six, deeper etc. (Playing the “Zapper” or “Mind Converter” in the background assures a deeper trance.)

At this point imagine yourself surrounded in bright white God light, and start to give yourself suggestions: “I am surrounded in a white God light and fully protected from all things seen and unseen, all forces and all elements. My immune-system is operating at a peak level, fully protecting me. I now focus the power of my all-powerful mind upon maintaining a healthy body. I have a strong, balanced immune system. The healing light within nourishes my body and mind. I find it easy to adhere to a diet and lifestyle that supports a healthy body and mind. I experience a sense of security and express a positive outlook which helps to maintain a healthy body. I am balanced and harmonious, and everyday in every way I become a little healthier. And these suggestions have been communicated to every level of my body and mind … and so it is.”

Add additional suggestions but make sure they phrased in a positive way as if you already had what you desire. At the end of the session, count yourself up from one to five and say, “Wide awake. Wide awake.”

Message from Hazelmere Organic Farm: Corporations buy up small producers unbeknowst to you. Learn who is behind the brands here.

l often share with you information from Naty Kind of Hazelmere Organic farm because, I don’t see it anywhere else. Within my large health network, I notice that the same information gets cirulated around at the same time (that is what networks are about), so her research is refreshing. I also want to extend condolences to Naty today on the death of her husband Gary King.

A little bit of “did you know”… and I share information with you about the organic industry to help you make better buying decisions are there are many untruths out there as big multinational corporations are trying to enter and change the market and going out of their way to hide their link to the small socially responsible brands. For example, small independent organic producers and manufacturers are being bought by these large corporations that care very little about our environment.

Burt’s Bees lip balm was originally sold at health food stores. But more recently, they have appeared everywhere, grocery stores, drug stores and big box stores like WalMart. Why? Because they are now owned by CLOROX. Tom’s of Main, now owned by COLGATE PALMOLIVE. Danone, a large French conglomerate has acquired a majority holding in STONYFIELD YOGURT – the same DANONE that had to recall its yogurts in 2007 after it was found to contain unsafe levels of dioxins. Odwalla Juices now owned by COCA COLA. SMUCKERS bought out R.W. Knudsen and Santa Cruz Organic Juices. Kashi Cereals bought by Kellogg’s – the 12th largest company in North American food sales and not a mention of a change of ownership in their packaging. Kraft Foods, subsidiary of Altria, which owns Philip Morris ( cigarette manufacturer) . bought another natural organic cereal maker Back to Nature. General Mills now owns Cascadian Farms in Washington. Barbara’s Bakery, now owned by Weetabix, Health Valley and Arrorwhead Mills now owned by Hain Celestial Group a natural food company traded in the Exchange with HJ Heinz owning 16 % of the company. Dagoba Chocolates actually owned by Hershey Foods and Green and Black organic chocolates was taken over in 2005 by Schweppes, the 10th largest company in North America.

And these big conglomerates are using their financial resources to hide the truth , convincing us to trust that the niche brands continue to be small environmentally conscious businesses with ecologically sound practices. It is time to know the truth, question the ownership and neglectful marketing of these “pseudo” responsible brands. Time to find products more in tune with your values – at least until they too bet bought out by these large corporations. Sad isn’t it? Knowing what i know now, I will continue to source out local small producers and start eliminating products in the store that have ties to these greedy companies! First to go – Green and Black chocolates! Other else than that I don’t carry any of the above products

I will have to wait to get back to my stream of conciousness posts, things are still too hectic for me, in a good way. Shout out to Katherine the Great (aka, Supernatural Woman). May all you need be right there for you.

MK Ultra Girl
It is a conspiracy theory, until it isn't.

If they could be so diligent about exposing evidence of cia/ nazi crimes that outweigh this tomfoolery by 1000's of percentiles.. maybe.. until then.. #efthepolice https://t.co/GXiNnvkEZi
View on Twitter
0
0

Dr. Ewen Cameron was the "expert" psychiatrist at the Nuremberg trials. It was said that Cameron used torture techniques of mind control on The deputy Furor, Rudolph Hess, who had parachuted into Britain to broker peace because all Germans knew that they had lost the war after https://t.co/XVDgvcfhc6
View on Twitter

Google’s Hidden CIA Connection - The Full Story https://t.co/OIcltoJXoy via @YouTube Changing the narrative: It is wise to look at the broader picture of our case. Judges do not like withheld evidence. As uncomfortable as it makes one feel, it is not the distant relatives
View on Twitter
3
3