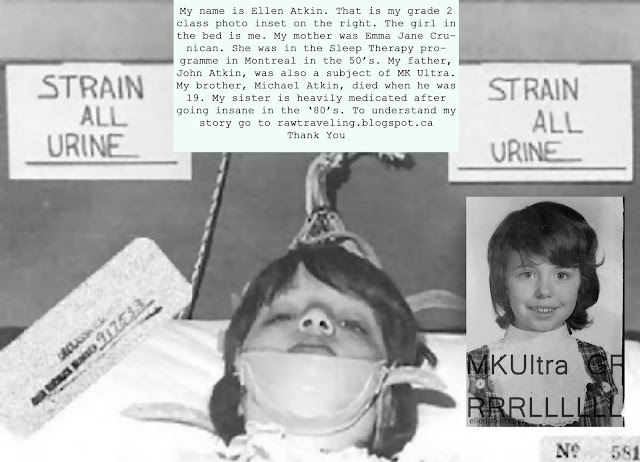 Oh Canada, where have you been? Where have I been? Hiding behind that big poof of faerie dust that befell the country on October 19th, 2015, no doubt. I admit, I let the effects wash over me like a good drug. After 10 yrs of cold hard turkey, a little gravy and cranberry sauce felt nice. That is over now.

Welcome Justin Trudeau to my very special, very personal approach to affecting politics in my country. Welcome.. You might want to ask ol’ Stevy boy about how I interjected his programme. Barring that, check out these posts:

The Final Showdown: Unveiling the Program

Tell Harper to Stand Down

Justin, you did not win on your own merits. Although your front personality is undeniably likable and gentile, as they say in France, you are a programmed sleeper Prime Minister. Allow me to be the first to explain it without too much fuss because, lord knows, I don’t have much time for this.

The whole east vs. west, Liberal vs. Conservative, Jesuit vs. Masonic, country vs. city ping pong game is exposed. You are still very much under the Jesuit mind programming. It started pre womb state for you. My natal family and your natal family are similar. They used my family as an experimental family to more finely craft yours. That is all that is going on with you in a nutshell, but, let me be more pointed.

Your father, I believe, was a willing and predatory subject of the “programme”.  According to Cathy O’Brien, in her book, The Transformation of America, your dad enjoyed his compromised position. With all the ghastly descriptions of torture, abuse and control that befell her as a programmed sex slave for the deep state shadow government and high profile contenders, she couldn’t even talk about the details of her “visit” with your dad, leaving it at, creepy beyond words.

Hey my dad was an abuser too. He is dead now too and I am sure the demon of Jesuit programming has left him for the most part, but in the 3D matrix world we agreed to enter, it didn’t stop him from believing that putting his children in the programme was for their benefit.

It wasn’t. We were so traumatized and tortured that my brother died early in a tragic outdoor accident. His name was also Micheal. My older sister was totally overtaken by her programming to the extent of expressing a violent and deadly demon monster that terrorized Toronto until she was finally committed in 81.  My mother was a patient at the Allan Memorial in Montreal, at McGill! You know, the same school you went to! She was a twin. You know how they liked to experiment on twins? Well look up the records at the hospital for me and you tell me. Her name was Emma Jane Crunican. Do some research on John Atkin while you are at it. He was a fawning liberal from way back.

Predictive programming. Heard of it? Well one great example for you was when Fidel Castro toasted you as a baby, “to the future prime minister of Canada.”

Wait, there is more. Remember your childhood visit to the arctic base at Christmas? Remember your over the top recital at your dad’s eulogy? Here is what really went on. You are not so special that he and the entire base would create that Santa scene for the sake of childhood delight alone. Sorry to tell you, but you should have realized that a long time ago.

Most likely you were taken into a room and traumatized into the very programme you are manifesting right now. Then they added some daddyO love to that faerie dust and sprinkled it all over you, so it would effect the whole country. It worked! 40 years later but hey, it is the great work of ages, after all.

Where the heck is your brother in your rise to political cloniness? Dead against your pursuit of the death cult ideology no doubt.  Who would deny their own nature for the sake of an ideology that only brought pain and heartache to everyone involved? You Justin, Justin Trudeau: sleeper prime minister.

I put off writing this for as long as I could but now it must be said. You are in the spark stage of awareness. I hope that my curtain pulling will get you to the flame stage or greater. Because there are multiple psy-ops going on around you as we speak. Canada is my country. Not those empty shells sitting in parliament’s country. Not Saxe Coburg Gotha’s country. Not any establishment or institution of Canada’s country. It is my country and the country of others like me. You are an Ultra. All ultras are activating now.

Hedy Fry and Carolyn Bennett, both trained medical doctors, are your handlers. You can ask Ms. Bennett about my mother, her business partner, Jean Marmoreo, was her doctor in the 70’s in TO. Hedy really should have been prime minister, every time, and I can’t help but like her, but it doesn’t mean that she doesn’t get her power from the very dark well your dad drank from.

I wish I could just attack you like I did to Stephen Harper but you are way too delicate for that AND the stakes are much higher for you and my country right now. Stephen was most likely in the programme with me. You were kept out of my circle but I can tell you what you need to know.

There are 2 points to note right now. One is that you will be dividing this country worse than anything Steve ever did if you continue to go down the globalist NWO, New NWO, Economic Reset, Israel loving agenda. You do not speak for Canadians and I, Ellen Atkin of the Ultra Nation, formally condemn all contenders for supremacy within our country touting Zionist complicity.

I do formally apologize to the people of the world for the gaffe that the illegitimate and illegal government of Canada tried to pull by condemning sanctions and boycotts against Israel. Sorry. We do not support that. Our government are idiot clones.

Next, you Justin are so softly programmed into the liberal lefty faded jaded hipster swing crowd that you might just get yourself pinged off by the very masters you are not aware of yet kowtow to. Honestly, I fear that too.

Lastly, I Ellen Atkin, demand inquiry, remedy and resolve for my own case of government sponsored trauma based mind control on children. I want all the records of what was done to me and my family post haste. There are millions of us Justin. You can’t fight it now, especially since you are one of us and Steve is activating himself too. We are the Ultra Nation and we declare sovereignty over the illegitimate and illegal occupation of Canada and the rest of the world by the covert intelligentsia of Luciferianism that has so enamored you.

They tortured you and your family too Justin. They won’t stop either until you resist. I would resist covertly if I were you until you know you have allies. Right now you are surrounded by the enemy and handlers. Ask Steve for help.

OKAY! That is it for now. I have to get packing for my retreat! Catch you on the flipside and I do hope that my words will defeat the psy op against us, AGAIN… Being Canadian is like being in a family.. isn’t it? I am tired of the nightmare BS of it all. I am tired of being marginalized and scapegoated. You think things are weird now, well they will get a whole lot weirder really soon.