Now that I have realized that my blog is my only friend, I am posting again. You’d think coming back to my own country, I would have someone to talk to, but noooo. So, on this moderately temperate Friday eve, I am filled with purpose in bringing you my greatest resource for raw food since I came home: Two EE’s Farm at 164th and Fraser Highway in Surrey, BC. I think I will also take this time to redeem the lowly image of this fine suburb to the eyes of Vancouverites, (okay, i think it extends further than that).

I was given a little history by my cyber friend Janet, “… if you can believe…my Great Grandmother would go to Two EE’s in the ’60’s when the owner first started…she would buy the famous honey on her way to her son’s in Clayton….it is not too far from me…his organic status is quite new but us old time followers were loyal when his labels said ‘no sprays’….I love the collard greens, mustard greens…and the fact that he will promote other local farms…”

Yes, Yes, Yes. Anything that says “grown from our garden” on the sign is in fact grown in a certified organic farm. I know this because I met the 2nd generation owners, Mike & Ghita, while doing my rounds as a freelance aerial photographer. Here is a beautiful picture of their farm taken in October of 2007. 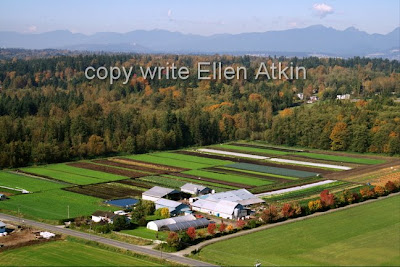 There is also a green house on site that is not “certified” organic but cultivated in the same way as the farm.

So what you get are these bountiful bunches of organic greens and herbs for astoundingly affordable prices. Check these pics out: 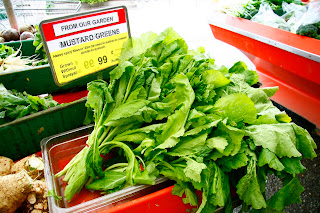 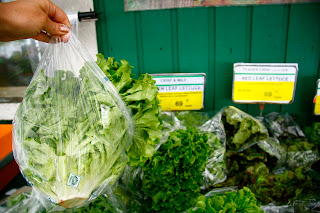 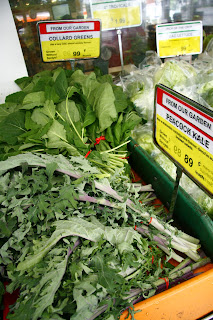 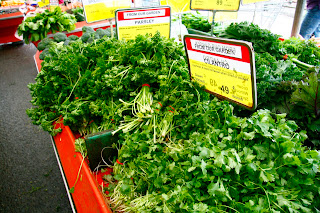 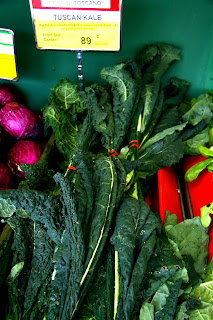 I also pick through the other fruits & veggies for acceptable non organic food. I buy the avocados for under a dollar each, the oranges for .59 cents a lb., the atalufo mangos for .79 cents each (the same ones i bought in Mexico for about .50 cents each) , the cucumbers from mexico (the same ones i bought in mexico), the english cukes, the odd pear, hothouse tomatoes and the pineapples. You can pay double the price for the same stuff at most grocery stores. There are certain non organic foods that are still uncompromised. I suggest the way to tell is to ask your gut as you walk buy or hold it in your hand and sense the worthiness of the food. Even some “organically” labeled food does not pass this test.

They also have well priced bags of almonds and other nuts, cheese and eggs from the farm and other wholesome foods and dry stuff.

Once again, this place is located on The Fraser Highway at 164th in Surrey, BC. Surrey is a great place. It is such a diverse place. There are so many independent growers and farmers mixed among the suburban sprawl, it is truly an oasis. So look beyond the negative reputation that spawned joked like, “Where do Surrey girls go in the morning?… home.” Two EE’s is just one of the many farms in the area. I have yet to investigate the others, but I am guessing that Two EE’s is one of the most established, trust worthy and open all year round.

2 thoughts on “abundant cheap greens in the Fraser Valley”